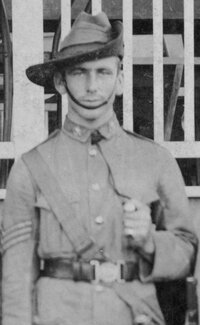 George Thomas, one of Gympie’s best known citizens, was an active soldier during both WWI and WWII. He was a pillar of the community, organising Anzac Day parades, and was president of the Chamber of Commerce, the golf club and Gympie Rifle Club. George was also a member of the Fire Brigade Board.

He was a local history buff and wrote a book called How Gympie Streets Were Named in 1964. Gympie Regional Libraries have created a map that shows the information about a street by clicking on its marker.